We are thrilled and excited to welcome the projects which have been selected to the 5th edition of the Kids Kino.Lab, international script development programme. 32 entries from 14 countries were submitted to the Kids Kino.Lab – the discussion took almost 3 hours and here they are! 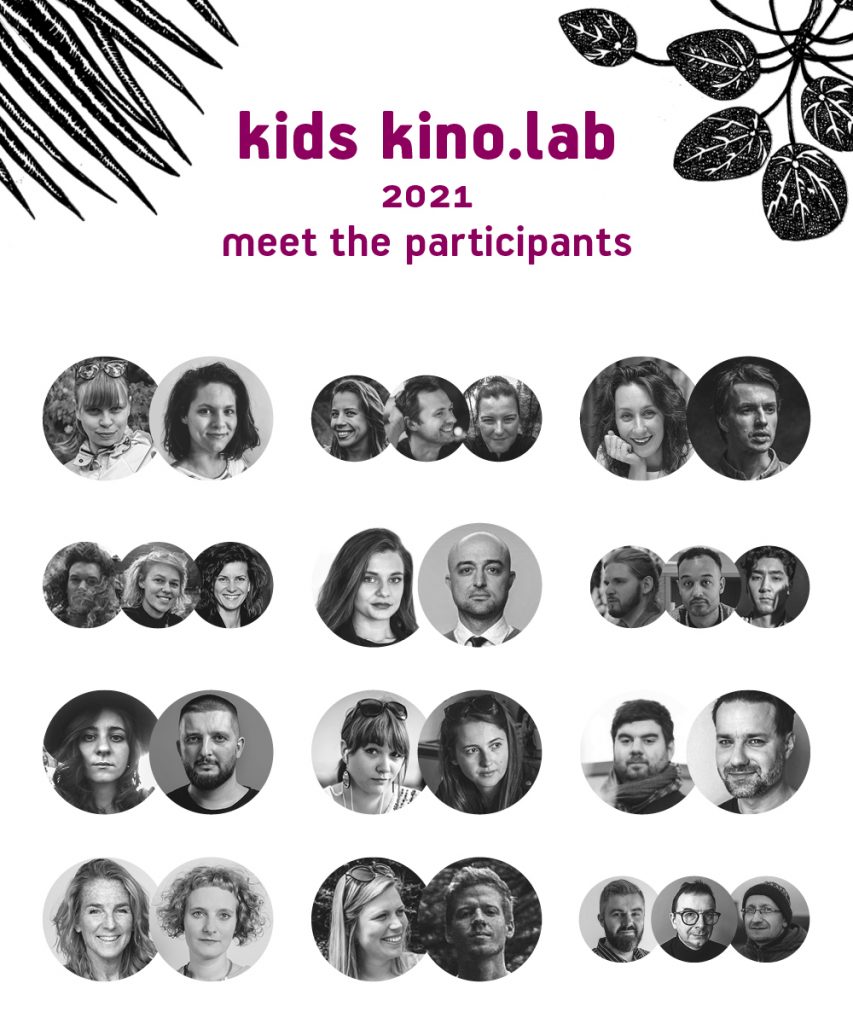 The Kids Kino.Lab kicks off at the beginning of 2021. We honestly can’t wait.

Among this year’s participants there are Jan Naszewski from New Europe Film Sales, Dorota Woropaj from Platige Image, and the Belgian documentary producer, Ellen De Waelle nominated for an Oscar® from Serendipity Films as well as sales agent and independent producer, Eleanor Coleman.

Throughout the year, the twelve teams (producer + screenwriter), guided by screenwriting tutors, will be developing their work from synopsis (concept) all the way to well-developed, second draft of the screenplay with initial production assumptions.

5th edition of the Kids Kino.Lab will focus on developing the following projects:

5th Kids Kino.Lab will include industry masterclasses, guidance of tutors and established screenwriters as well as meetings with the producers’ tutor, Ronald Kruschak, who will help participants in developing their production plans, identifying production needs and potential problems.

Philip is a screenwriter, playwright and a screenwriting consultant. Originally associated with Disney Studios and Dream Works. His screenwriting credits include “Mulan” and “Pocahontas” for Disney, and “The Prince of Egypt” and “The Road to El Dorado” for DreamWorks, among many others.

He has written the book for the theatrical musical “The Prince of Egypt” with songs by Stephen Schwartz, which opened at the Dominion Theatre in London’s West End in February, 2020.

Kirsten Bonnén Rask has 40+ years of experience as a script consultant, in parallel to being a decision maker, teacher and project developer. Her services span all production types and formats, with multiple best script/film awards. Kirsten has also worked with Lars von Trier, Lone Scherfig and Bille August just to mention some. During the 40+ years she has read and advised on many hundred stories – shorts, series, features, documentaries. She works with a focus on characters and that not all stories need to have the same structure. Asking about motives in the characters, about what´s important for the writer to tell, looking at the structures in the universe is important for developing the story and landing it structure wise.

Armin is a screenwriter, story editor, creative coach, mentor and consultant working in the entertainment industry for 31 years, 24 of those as a writer, head writer and script editor in live action and animation. Aside from mentoring and supporting the development of upcoming series (including mentoring at the German Academy for Children’s Media for seven years and teaching at the Huston School of Film & Digital Media in Galway, Ireland, and the La Poudriére animation school in Valence, France), he is in demand as a script doctor, consultant and developer of ideas and adaptations in film and television.

Germany-based producer, writer and tutor/lecturer with a track record of over  twenty years of filmmaking focusing on Family Entertainment.

Within this genre, Ronald has produced Germany’s most successful TV series “Die Pfefferkörner” as well as small national and big budget international movies, such as “The Three Investigators” (Disney, over a million tickets sold) or “Die Rote Zora”.

His movies have won over a dozen international awards. Ronald has also produced adult drama, documentaries and docudrama. As a teacher, he has been active internationally for over 12 and often worked for the formerly known MEDIA plus workshops: The International Producers workshop and the MEGA audio-visual management workshop as well as North by Northwest and East of Eden.

2020 has taught us that we need to be more flexible in terms of planning the online and offline sessions to protect you, our tutors and invited experts.

That is the reason that the first two sessions (January and March) will be organized ONLINE. The last two sessions (May/June and September) are going to be OFFLINE, but it may be subject to change due to the pandemic situation. Still, we strongly believe that in September 2021, all the participants will deliver the best version of their projects.

Kids Kino.Lab along with Kids Kino Industry (co-production forum) are the part of the Kids Kino International Film Festival which takes place in September in Warsaw and twenty Polish cities (and online). The Kids Kino IFF, Kids Kino.Lab and Kids Kino Industry are organised by New Horizons Association Educational Department – a non-governmental organisation, founded in 2003 by Roman Gutek. Its main objective is the promotion and popularization of unconventional, artistically challenging cinema.

Welcome on board everyone! Let’s get started, let’s get creative!

We use cookies to ensure that we give you the best experience on our website. If you continue to use this site we will assume that you are happy with it.OkPrivacy policy