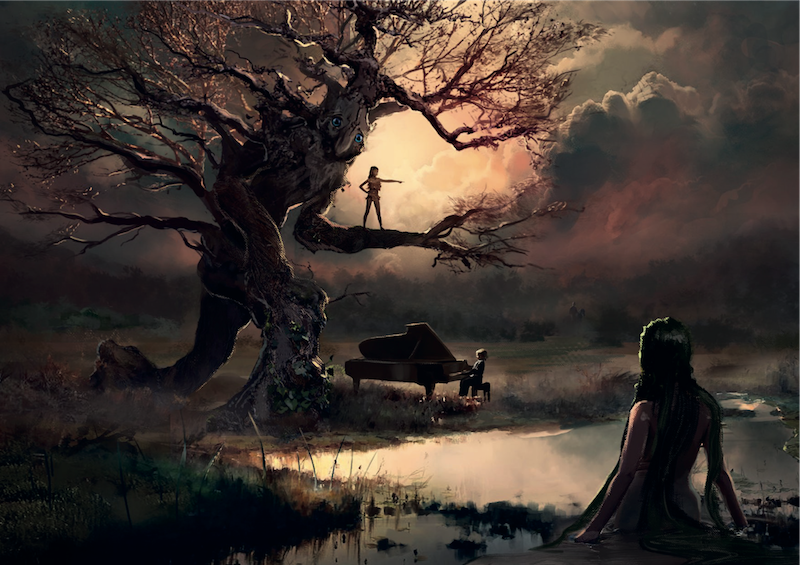 Everyone is amazed by young Fryderyk’s musical genius, but he feels like he’s locked in a golden cage and he dreams of being free from adult supervision and control. A summer trip to the countryside becomes an opportunity for this. Together with a mysterious girl raised in the dark woods – Niwa –  he discovers the existence of a world of ancient Slavic creatures – as dangerous as they are fascinating. The boy falls in love with their music and the power it holds. He can now regain his freedom and control those who previously dominated him. Yet playing with ancient magic causes him nothing but trouble. The film balances true episodes from Chopin’s life with magical realism inspired by Slavic mythology.

A graduate of The Wajda School and The Academy of Fine Arts in Wrocław. Director, scriptwriter and cinematographer for feature films and documentaries. Winner of the Krzysztof Kieślowski Award for the Best Central European Script for The Day of Chocolate (2010) and of the Best Documentary Prize at Cracow Film Festival (2012). Also awarded with a Special Mention at the International Film Festival of the Art of Cinematography CAMERIMAGE (2016), Teachers’ Award at International Young Audience Film Festival ALE KINO in Poznań (2018) and INIS Prize at Montréal International Children’s Film Festival (2019). A member of the Polish Film Academy.